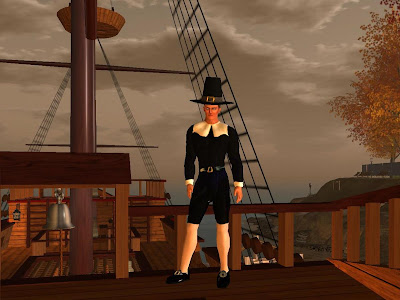 Tomorrow is Thanksgiving in the United States. Millions of Americans will get together with family and friends and share a big meal centered on a big roast Turkey, and for desert, a pumpkin pie, a dish that puzzles most people outside of North America. New York City will hold a massive Parade with huge balloons and marching bands. More importantly, even for people who do not believe in a supreme being or religion at all,  thanks will be given for all the bounty and blessings that have been given to you and your loved ones for the year. 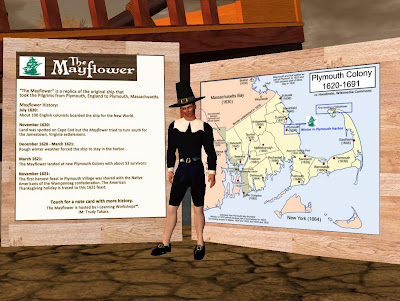 When was the first Thanskgiving?  And why was it celebrated?

In 1620, The Mayflower, a ship containing English Separatists, otherwise known as the Pilgrim Fathers, left Plymouth England for what was to become Massachusetts in the United States. They were in search of religious freedom, and did not want to conform to the forms of worship which were required of Christians in England under King James 1. 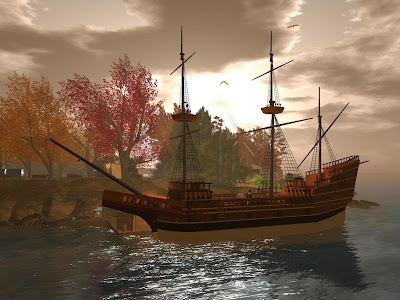 Thanksgiving in the United States celebrates the first harvest feast that the Pilgrims held in 1621 to give thanks to God for their survival through the winter.  This was all due to the help of the local Native American Wampanoag peoples, who donated food to them and joined them in a three-day celebration of about 90 Native Americans and 90 Pilgrims.

A Native American, Squanto, who spoke English, lived with the Pilgrims and taught them how to catch eel and herring, grow crops, most notably corn, and survive in the New World.  Although the Native Americans would die out in large numbers from diseases such as smallpox brought over by the Pilgrims and other Europeans, the first relations between the two peoples were mostly warm, friendly, and peaceful. 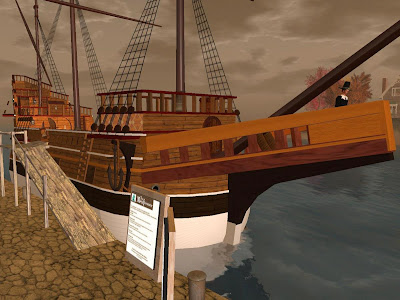 You can visit the Mayflower today and learn all about the voyage of 1620 at Cape Page, at the i-Learning Workshops. Lord Chadbourne has built a remarkable replica of the Mayflower which our Pilgrim Father is showing to us today.  It will only be on display over this weekend, so make sure to visit.

Email ThisBlogThis!Share to TwitterShare to FacebookShare to Pinterest
Labels: Second Life Photo of the Day