Second Lifers Continue To Nail Philip Rosedale For His Comments in the New York Times. 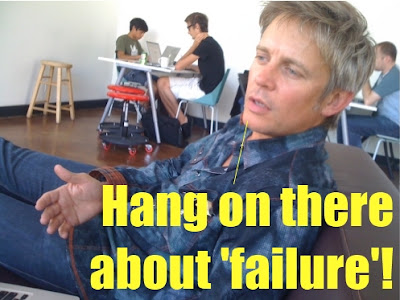 There is a major Second Life blogging controversy going on about Philip Rosedale, the founder and Chairman of the Board of Linden Lab and former CEO, the parent company of Second Life.

Mr. Rosedale's opinion of Second Life is paramount to it's future survival in terms of its ability to attract investment.  He is the most important "public voice".

Mr. Rosedale made some highly controversial comments about Second Life in an interview with the New York Times on November 6 on his new company, Coffee and Power. The New York Times is extremely influential and serves as one of two "Publications of Record" in the United States for business news together with the more international Wall Street Journal.

Mr. Rosedale is quoted as saying the following about Second Life:

“The problem with creating an immersive 3-D experience is that it is just too involved, and so it’s hard to get people to engage,” he said. “Smart people in rural areas, the handicapped, people looking for companionship, they love it. But you have to be highly motivated to get on and learn to use it.”

In addition, the tone of the interview is one of failure for Second Life. The article begins as follows:

Philip Rosedale tried to change the nature of play with Second Life, a virtual world of colorful online avatars that got a lot of attention a few years ago.


And it is clear from reading this article that the entire tone of Mr. Rosedale was negative about Second Life throughout the interview. It is as if "Coffee and Power" is his Second Chance (perhaps a better name for the new company) to make it big.

It is big news when the founder and chairman of any company fails to express confidence to a national publication of record such as the New York Times in his own companies future.

I, for one, along with other bloggers completely disagree about Mr. Rosedale's statement. In addition, I have called it incorrect based on Mr. Rosedale's own marketing data. His heavy users "that love it" are not primarily challenged physically, and do not live in rural areas. In addition, I pointed out that Mr. Rosedale's comments will scare away future investors, or even the ability to go public to raise capital, which Linden Labs needs in order to expand and perhaps continue in the long run.

There are other bloggers who feel the Mr. Rosedale is not that negative overall, may be taken out of context -- highly doubtful since he has not issued a statement criticizing the New York Times for inaccuracy. New World Notes, Hamlet Au's "Blog of Record (it is that important, and that powerful) feels that Mr. Rosedale's statements may not that bad taken in context with other statements. Bock McMillan says in his blog post that Mr. Rosedale needs to speak up about what he actually meant with his statements to The New York Times instead of having us all guessing about his intentions.

Check the New World Notes article on Friday which attempted to offer an explanation on Friday for Mr. Rosedale's position, and see how the Second Life community is reacting in comments. These comments are very critical of Mr. Rosedale's printed statements, and much more positive on our future.

My own statement is in the blog under comments. The important issue as I see it is that Mr. Rosedale can kill off ANY future investment in Linden Labs, including investments by current investors, by failing to express confidence in its viability in it all times to the media. This is why this issue is so important, and why additional clarification is needed from Mr. Rosedale.

PLEASE READ THE NEW WORLD NOTES ARTICLE ON THIS LAST FRIDAY -- AND ADD YOUR THOUGHTS IN A COMMENTS ON THIS ALL IMPORTANT ISSUE: