Please Take Our Poll - What Do You Think of Open Relationships in Second Life? 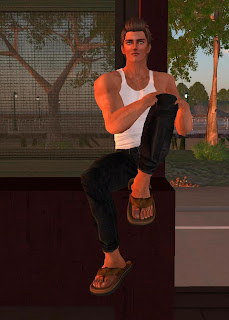 Before you take this week's poll, you might want to read this Ask Eddi feature  that I have updated from March 2010 on advice for open relationships:


I have a problem.


I have known this really gorgeous guy on and off for the past year. We had sex for this first time last week, and I really liked it. The thing is this guy seems to not want to have have sex with me again, yet he said he likes to have casual sex with friends. I am afraid I may have fallen in love with him. Oh yes, he does have a partner in his profile. What do you think of this?

First of all, let us think about what the term "partnered" means in Second Life when it comes to someone's availability for cybersex:

1. The person may be partnered and in an exclusive relationship.


3. Their partner might be a shill, it can be one of their alts or just someone else they know that are partnered to since they do not want to appear to be single. These partnered people should be treated as single people.
----------------
Eddi's advice for anyone who is partnered is to be polite and identify yourself as one of the three groups before you have sex with a pick-up, or if you are the pickup-ee.

1. Being in a partnered relationship in which you should not being having sex with the person (most people who ask  their pickup to keep their laison secret are probably in this category).


2, Being in an open relationship, and if you are, you need to explain that you have "casual sex with others", or "not avialble for a relationship since you are partnered".


3. Tell  the other that your partner is not really a partner, and not to worry about it.

1. If it is just once, and if you don't want a repeat, you do not generally have to go through the angst of figuring out what to do. Just keep it between the two of you.

2. If you have fallen in love with a partnered person, and if they appear to be cold or appear to be avoiding you, forget having sex with them. And remember to give them a cooling off period of at least a week if they are not responsive to your IM's. No one likes being badgered when online.

3. In general, partnered people are partnered. Keep this in mind. Get out there and find someone single. You will be much more satisfied at the end if a relationship is what you are looking for.

And that, readers, is my advice for today.


This blog post is an update of one that ran here in March 2010.