Black Friday is November 25. Here are the deals published in advance, and other shopping tips

Black Friday in the United States refers to the Friday after American Thanksgiving. This year it is November 25.

It is the busiest shopping day of the year.

It is also the day to get the best deals all year on televisions, computers, and other electronics.  Some stores carry them into Saturday, others have a cyber Monday (on November 29) just for computers, pads, and other devices.

I for one despise shopping in person, hate crowds, get claustrophobic and won't step foot in any store next weekend.  I would not go even if they were handing out $50.00 bills. $100.00 ones, well, maybe.

If you want to see what the deals are in advance, check this web site out.

Just about every major retailer is listed.

Note:  Make sure to read the fine print. Some of these stores only sell 10 of any item as teasers and are sold out within the first 10 minutes.

Note:  There is another way to shop if you are in the market for a new computer or television.  There are online stores and businesses that have very good buys Black Friday weekend for this.  You also do not have to show up in person.

One of the best is Best Buy.  Look at their web site for deals next week:

Costco, my favorite place to get electronics since they give you a free 2-year warranty--- and let you return your pc for three months after you purchase it for any reason, and you can just drop off at the store,  ---- has fewer deals but is worth a look.  You will need to purchase a membership though

Also take a look at the custom configurators that build PC's to your specifications. They usually announce free shipping and other deals next weekend:

Cyberpower is one of the best, and they are already advertising a "Black November", but check back for additional deals and see if they will offer them:

Before you buy a new computer:

Microsofts's new Windows 8 operating system will be coming out next year (it is already out in evaluation), and from what I have read it is a major improvement over anything Microsoft has yet offered,especially for gamers (note Second Life users this means you).

Unless you are offered a free upgrade to Windows 8 once it it out, I would hold off until 2012 to get a new computer unless the deal is incredibly good.

Take a look at this article for details on Windows 8:

I think Windows 7 is excellent, and a major step up from XP and Vista.  I can't wait for Windows 8.

UPDATE:  Windows 8 may not be released until Q3 2012.  Windows 8 will work on both table and pc-like devices -- the tablet manufacturers are all coming out with Windows-8 devices for the fall of 2012. So if you need a pc now, and do not want to wait a year, you may not want to hold off. You can read more here: 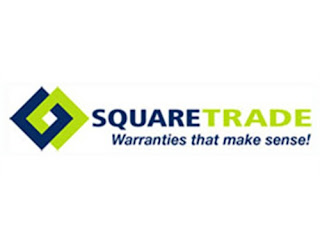 Never buy an extended warranty at a store. Ever.  Buy one from Square Trade instead: