My Most Complicated Machinima Yet: Voyage to Blue Mars - The Waters of New Venice 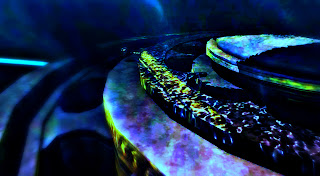 The city of New Venice is one of the most gorgeous destinations in virtual reality. It exists on the now "on-hold" virtual world of Blue Mars. I did this machinima with two free programs, Videopad Video Editor and Debut Video Capture by NCH Software. The music  is by Angels of Venice and is called Voyage of the Sea Witch.

It is my most complicated machinima to date. I put about 20 hours into what you see below, and it still needs more work.

This video is choppy in places; it really is a first rendition that I wanted to put up, a second version with better breaks and blends is planned to replace it once I have time to do this. Parts 2 and 3 of the series on New Venice should be produced over the next several weeks, the raw footage exists.

To see more of my Blue Mars machinima on my You Tube channel: http://www.youtube.com/user/eddihaskell