My Romantic Shower With Jago This Morning -- Sometimes You Just Can't Have Any Privacy! 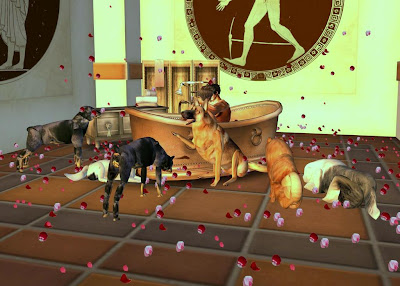 Jago and I had a very hot shower this morning -- but the dogs had to take part!  The falling rose petals might be a bit much but they came part of the hot shower set-up, and do add some romance to the scene -- well, if you are not into alley sex all the time.

Jago and I will be celebrating three years together next month.  We met in early October 2008 and were partnered in November 2008. six weeks later. I am one very lucky avatar! 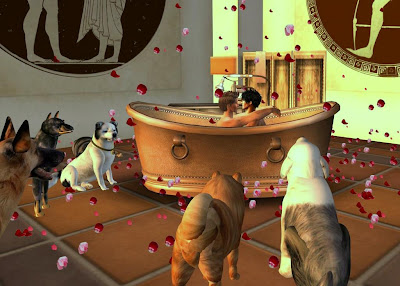 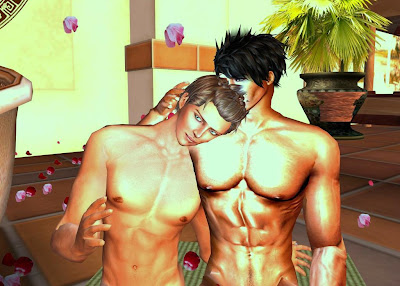 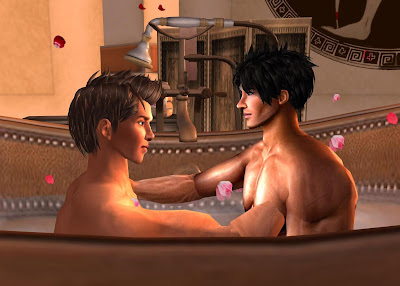 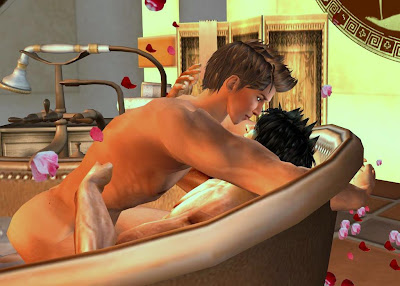 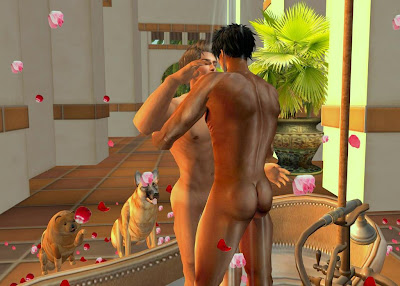 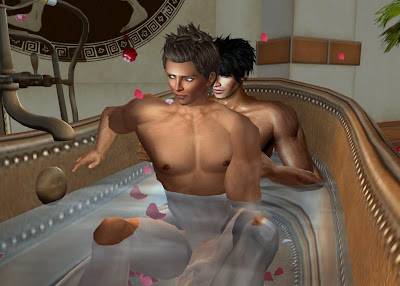 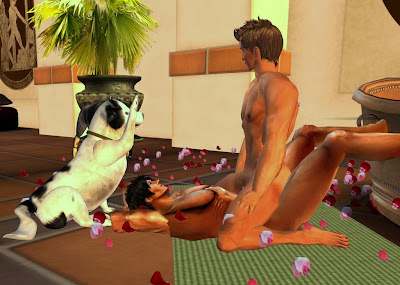 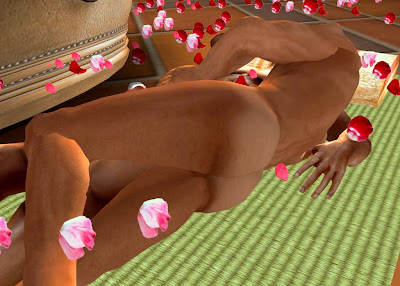 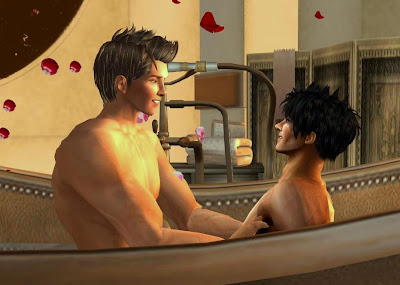 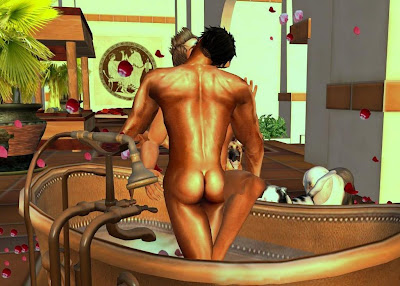 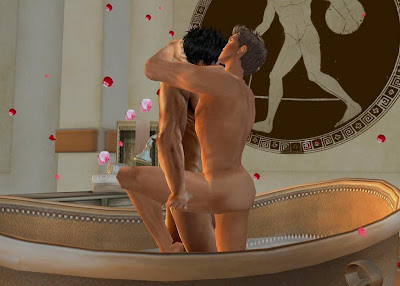