How Lucille Ball Made Star Trek on Televsion A Reality 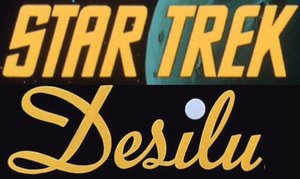 As the world continues to celebrate what would have been Lucille Ball's 100th birthday today, I was surprised to read that Lucy was instrumental in having the original Star Trek television series first produced at her company, DesiLu Studios in the 1960's, and insisted that it make it to television and lobbied NBC to carry it.

I take this excerpt from the article below:

Fortunately, one of the studios Roddenberry pitched his idea to happened to be Desilu. Herb Solow of Desilu approved the idea and sold the idea to NBC, who paid for the first pilot, “The Cage.”
NBC rejected the pilot, complaining that it was “too cerebral,” but they took the highly unusual decision to pay for an additional pilot to be shot. While there is some speculation as to why the station would make this call, most people agree it had a lot to do with Lucy pushing them into it. She was, after all, one of the most powerful women in television at this time.


to read more about her role in the birth of Star Trek:
http://www.neatorama.com/2011/08/05/what-do-i-love-lucy-star-trek-have-in-common/