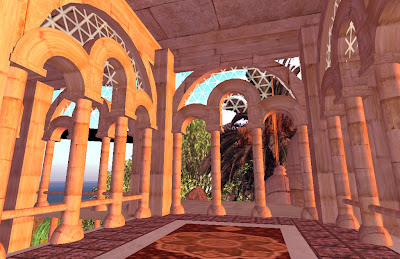 All but 15 of these videos have something to do with Second Life or Blue Mars (I did several while this virtual world was open.

I have 164 subscribers from all walks of life on You Tube and want to thank all of you for helping me reach this number. I am going to spare everyone another blog post on this until I reach 500,000 views sometime in 2012.

I am running my first two channel videos below from July 2008. These were actually not done by myself but were done by Jessicaan Wigglesworth; several of my older videos were done by here.  They are of Hyacinth Island, a Sim that Ummmm Kazan built for me (and I assisted with) three years ago.  I had to sell this sim shortly after these videos were done, but the genius in construction of all the art galleries and shops can be seen.  This also served as the first home of Jake's Club in 2008 before it moved to its new destination shortly after. Both videos are set to two great pieces of classical music.   I still thing these were two of the most gorgeous sims ever built in Second Life, but like most things, had to be sold because of rising tier.