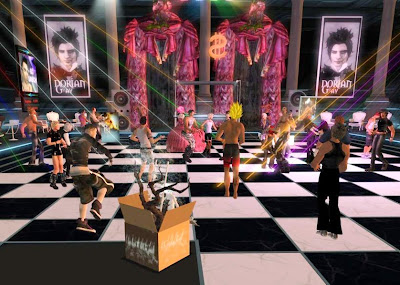 The Club Dorian Gray Opening, Adonis (Ado) Lubitsch and Trace Junker's  new club for their Tainted Boys group, was jammed wall to wall yesterday for at least three hours in one of the biggest club openings Second Life has seen in a very long time. I estimate that well over 200 people showed up throughout the day. DJ Sasch Petrov did a great job of keeping the group dancing to great music.

You can see me dancing with my friends Bricey Udimo and Robin White in these photos. Tainted Boys now moves back into the position of being the #1 European-time scene club (early afternoon SL Time) club, a position which was theirs to begin with. 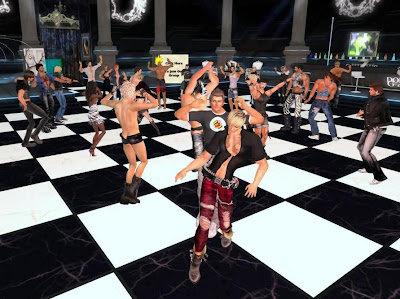 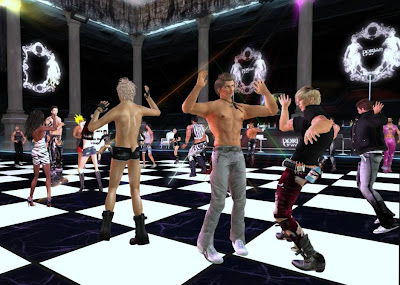 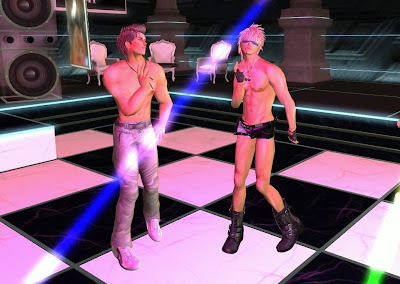 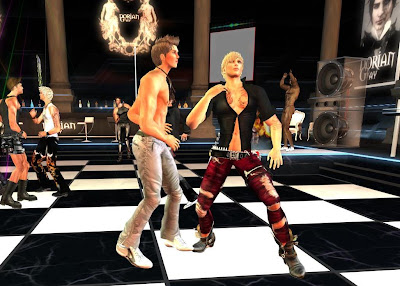 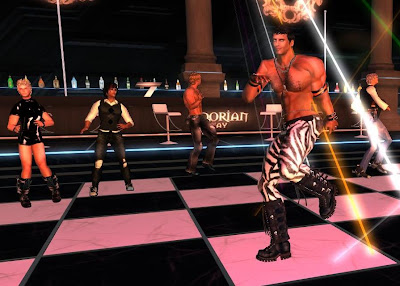