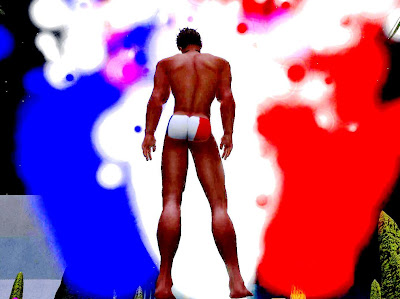 This is a reprint of a post that ran in eddihaskell.com in 2009,  The photo above of myself wearing a France flag speedo is from last year.

Bastille Day, the National Day of France, celebrates the storming of the Bastille, and the beginning of the French Revolution, in 1789.

In honor of the Bastille day, I am playing Mireille Mathieu's legendary performance of La Marseillaise, the national anthem of France, from the 1989 bicentennial. The Eiffel Tower is in the background

And I have another version to show from that same year! The great American soprano Jessye Norman, who went to my college, The University of Michigan, sang the "official" celebration version of La Marseillaise later that evening in Paris. This one is a bit slow in the beginning but is well worth seeing!