You Tube: Celestial Elf's The Bee Myth: A Gorgeous Machinima and An Appeal for Environmental Sanity 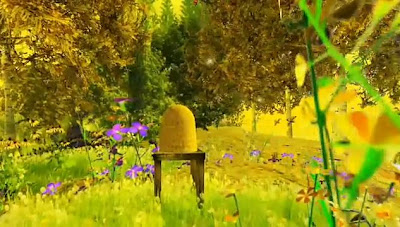 Celestial Elf  is one of the greatest machinima artists covering Second Life.  In this gorgeous but provocative video, he examines the sheer beauty of the honeybee, the society of the bee, and the environmental disaster  that might happen if they ever vanish.

This video incorporates music and dancing and lots of great Second Life scenery, it is gorgeous to watch 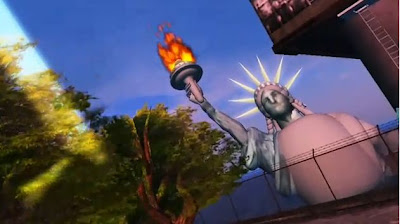 Here is some what he writes on You Tube:

Set in a post Distopian society of a not too distant future, this film introduces the cause of bees and their integral value to the Eco-sphere.

Throughout history in many world cultures a mystical relationship to honeybees can be found.
In the Ancient world the Great Mother was known as the Queen Bee and her priestesses were called Melissae. They served the Bee Goddesses and functioned as Oracles carrying the golden wisdom of the Goddess to her people. The Druids of Northern Europe reverenced the bees for their ability to pollinate flowers and crops, which was regarded as a sacred charge because honey was seen as a precious gift from the Mother Goddess herself.

Many Native American Indian tribes also used honey and other bee by-products, including the early Maya and Aztec Indians who kept bees and collected honey from the wild bees.However the bee population of North America and Europe is now in serious decline, which threatens disaster to our food crops as they are dependent upon the bees to pollinate them.  The increase of commercial agriculture with its use of pesticides and destruction of wild plants and flowers upon which the bees forage upon contributed to this problem.

Celestial Elf on You Tube:  http://www.youtube.com/user/CelestialElf#