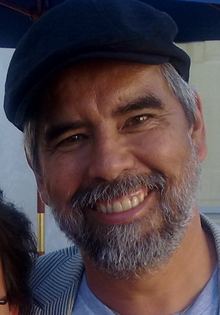 A big deal is being made today by Avatar Reality of co-founder Henk Rogers stepping in and taking over the CEO role of it's troubled start-up, virtual world Blue Mars.

At first glance,  the "big news" appears to be questionable at best.  Mr. Rogers, who made millions with videogame giant Tetris, just so happens to be the co-founder of the company, and highly involved with its day-to-day operations from its inception.  Although Avatar Reality is privately held, one can assume Mr. Rogers have a big ownership stake i it.

However, if Mr. Rogers is using tis move to indicate a new level of personal commitment for financial resources and personal time it very well may be big news indeed.

Blue Mars weakness has been in its dismal external public relations and apparent lack of commitment of parent company Avatar Reality.  Let's see if Mr. Rogers is ready to grab the bull by the horns and really show some commitment to this next generation virtual world.
Posted by Eddi Haskell at 9:00 PM