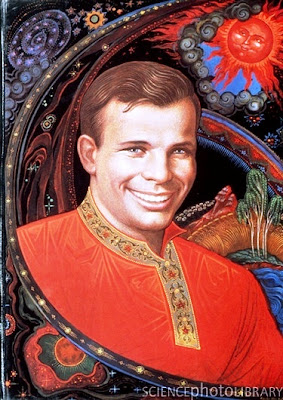 Yuri Alekseyevich Gagarin became the first human to journey into outer space, when his Vostok spacecraft completed an orbit of the Earth on April 12, 1961.

Gagarin became an international celebrity, and was awarded many medals and honours, including Hero of the Soviet Union, the nation's highest honor.  Gagarin later became deputy training director of the Cosmonaut Training Centre outside Moscow, which was later named after him. Gagarin died in 1968 when a training jet he was piloting crashed. 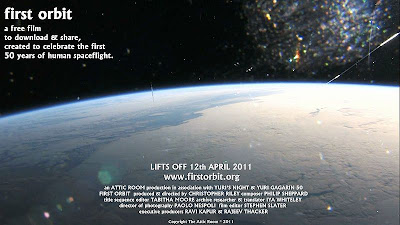 To mark this event, a full length movie, First Orbit, has just been released exclusively on You Tube, exclusively,  featuring a gorgeous original score by composer Philip Shepherd.  Several international space organizations have funded the movie.

For More information about the movie First Orbit:  http://www.firstorbit.org/

Note:  At the time of writing this post, First Orbit only had 76,000 hits on You Tube.  It will be interesting to see if this number increased dramatically today and goes viral