Today is St. Patrick's Day, the National Holiday of Ireland. 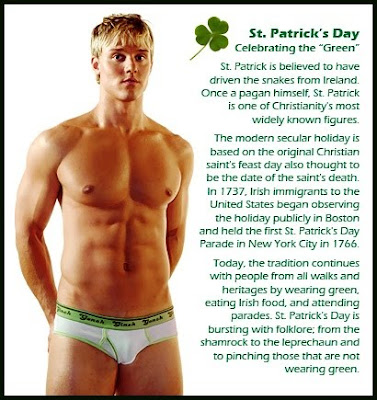 Today is the National Holiday of Ireland, the feast of St. Patrick, or Saint Patrick's Day.

And in honor, I am playing three patriotic Irish songs.

Make sure to wear green today! 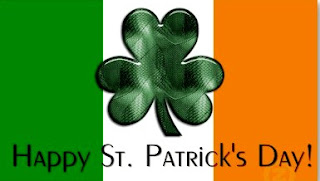 The first song is the national anthem of the Republic of Ireland, "Amhrán na bhFiann" or "The Soldier's Song.
This song honors the fighters who made the Irish Free State possible 95 years ago when the Easter Uprising began.

Soldiers are we,
whose lives are pledged to Ireland,
Some have come
from a land beyond the wave,
Sworn to be free,
no more our ancient sireland,
Shall shelter the despot or the slave.
Tonight we man the "bearna baoil",[fn 4]
In Erin’s cause, come woe or weal,
’Mid cannon’s roar and rifles’ peal,
We’ll chant a soldier’s song

-------------------------------------------------
The second is the famous ballad Danny Boy, which is a poem set to the tune of Londonderry air (or Derry Air if you are from the Republic of Ireland).  This song is used as an unofficial national anthem in Northern Ireland (the part that is in the United Kingdom, where the national anthem is of course God Save the Queen).  The lyrics are very moving, they are of a mother or father speaking to a son who has leaves Ireland during the Irish Diaspora (over one million starved to death) in the mid 1800's Irish potato famine. Half of Ireland's surviving population of 6 million left for places most notably the United States, Britain, Canada, and Australia.

Oh, Danny boy, the pipes, the pipes are calling,
From glen to glen and down the mountain side;
The summer's gone, and all the roses falling;
It's you, it's you must go, and I must bide.

But come ye back when summer's in the meadow,
Or when the valley's hushed and white with snow;
I'll be here in sunshine or in shadow;
Danny boy, Oh Danny boy, I love you so.

But if ye come and all the flowers are dying,
If I am dead, as dead I well may be.
Ye'll come and find the place where I am lying,
And kneel and say an "Ave" there for me.

And I will know, 'though soft ye tread around me,
And then my grave shall richer sweeter be,
Then you'll bend down and tell me that you love me,
And I shall sleep in peace until you come to me.

Finally, we have a third national anthem to play today - Ireland's Call. Originally written and sung at Irish Rugby matches, where Northern and Southern Ireland field one team, it is now being played more often as a song that all of Ireland can sing together.  It is very catchy.

Hearts of steel
And heads unbowing
Vowing never to be broken
We will fight, until
We can fight no more
From the four proud provinces of Ireland