Why would Microsoft want to buy Second Life? Is their truth behind the rumors? 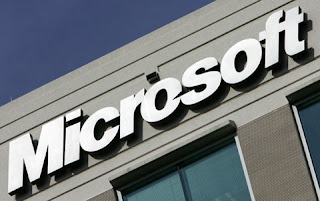 As I reported here yesterday, rumors persist that Microsoft is still interested in buying Linden Labs / Second Life, and that serious negotiations are continuing. Fueling this rumor is the unexplained and sudden departure of Phil Rosedale from Linden Labs, which I have to admit, is rather suspicous.

Another site, Go Rumors, published this on October 21:

"Early this month, there was a running speculation that Microsoft may have acquired Linden Lab, the company that is behind the popular virtual reality game, Second Life. Word was that Redmond may have either actually acquired the whole company or is at least in the final stages of talks before acquisition. The rumor mills also indicated a possible inclusion of the popular game on Xbox Live, Microsoft’s online gaming network"

Why would giant Microsoft, a company that usually does not pay attention to fringe web applications (and boy, are we Second Lifers considered a fringe in Redmond, Washington) be interested in purchasing Second Life?  Here are some reasons that I can think of.

1. Price:  Second Life is privately held.  The major stockholders (stockholder is not a correct word for a closely held company but you get the idea) want to cash out now, and are willing at a less expensive price than they did before.   Almost everything of some value can be sold at some price.

3. Technology:  As much as many of us complain about the poor performance of Second Life lately, there is still some might advance technology that Linden Labs can lay claim too, most notably in hosting massive amounts of content and scripted applications at one time, and in avatar portability (the future) between different environments.

4. The People:  Microsoft might want to lay their hands on the people at Linden Labs, since hiring and building a similar workforce would take a long time, and be far more expensive than paying who they want to stay.

5. The Users: The 200,000 - 300,000 heavy users of Second Life represent a potential audience to sell Microsoft products and services too.  We also are influentials in the social networking and gaming space, and could recommend an expanded and improved Second Life to others.

6. The Future:  Virtual worlds and related technology have yet to take off to become the billions of real dollars / euros (name your currency) that was projected from this space during the peak of inflated expectations for Second Life back in 2006 / 2007.  However, Microsoft may still have visionaries who can see the future and want to get in on it now.

Do I think that Microsoft is purchasing Second Life?  Well the X-box tie-in is interesting. I will tell you this. Serious industry analysts are not laughing as much at this suggestion as they were a few weeks ago.
Posted by Eddi Haskell at 2:34 PM