This is Aaron Carter? 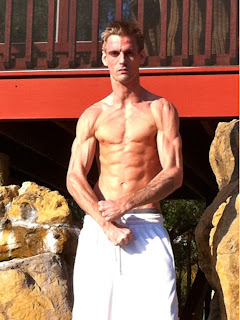 Former pre-tween and teen pop idol Aaron Carter, younger brother of Backstreet Boy's Nick Carter, is making headlines once again for his unbelievably ripped torso, pictures of which he is posting on Twitter. Steroids anyone?

22 year-old Aaron became big in 1997 when he struck Pop gold at the age of 10 with his first album named after himself. Aaron's brief but shining career as a pop star was all but over at the age of 17; he was last seen making headlines for owing the I.R.S. $1,000,000 in back taxes He did have a gig on Dancing with the Stars recently.  He said that his new look will help him launch a new career. It certainly has done much for publicity as this and other shots have gone viral. 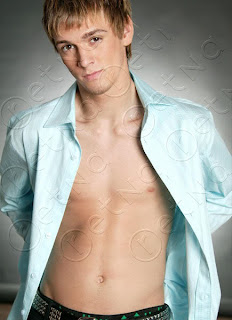 Will they love me when they are no longer 11 years old?
Posted by Eddi Haskell at 1:30 PM