Persident Obama's message to LGBT Youth - It Gets Better 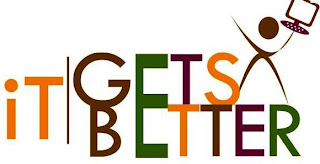 Although I expressed my anger at President Obama for reinstating the ban on gays in the military this week, he did something good this week for LGBT youth -- recording this message.  The bullying in schools has resulted in some suicides lately on gay teens, and messages like this from major political figures can reassure young people that there is a life worth living.

This is just pr, but it is a good message.  Still, until President Obama allows gay people to serve in the military, which he can do with the signature of his pen by executive order, he is full of it -- as far as I am concerned.