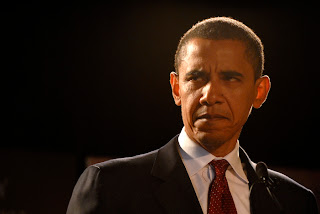 I am not pleased tonight with the President of the United States.

Don't Ask Don't Tell - that horrible law that can get any gay man or woman expelled from the military through hearsay , is back on the books.


All President Obama had to do to end DADT was nothing.  He is saying that he is waiting for a vote from the U.S. Congress that looks like it will never pass due to a Senate filibuster.  It has failed twice already. Doing nothing would have been a logical choice, and U.S. Presidents do not usually get involved in a judicial process like this. President Obama promised gay Americans he would work to get DADT overturned.  Instead, he puts it back into effect.

I gave money to President Obama's campaign, held two large fund raisers in Second Life for him, and voted for him. Gay Americans were among his biggest and most enthusiastic supporters, helping to give him victories in states such as Virginia and Florida and Colorado that he won narrowly. He has just spit in the face of some of his biggest supporters.

I originally supported Hillary Clinton for President, and feel that she would have not have done this. I hope that President Obama does not run for reelection in two years -- and if the Democrats get the defeat that the media is expecting on November 2, I hope he listens to the people and understands that his unpopularity is due to the fact that he simply is out of touch with so many people and is not well trusted.

For more reactions from gay Americans to this check out Joe's Blog.
Posted by Eddi Haskell at 8:47 PM