You Tube: It's Cold Outside on Blue Mars 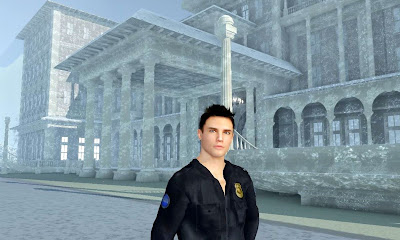 Blue Mars opened a very odd frozen outpost yesterday to be used for bot testing. It was the Beach City central set -- modeled after downtown Honolulu -- but frozen, with snow coverings and frost everywhere. Either that, or it was ash from some sort of nuclear fallout.

It is way cool, and they had some irritating bot who tried to speak to my avatar Roger (above)  as I filmed this quick machinima. I put my avatar in it the film  originally but I decided that it would look better with a post- apocalyptic no person feel to it. The music is Baby, Its Cold Outside!, sung by Michael Buble and Anne Murray. 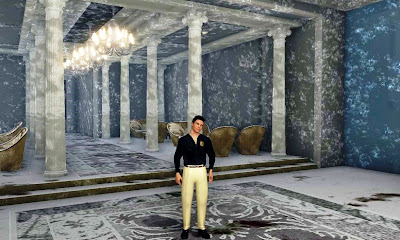