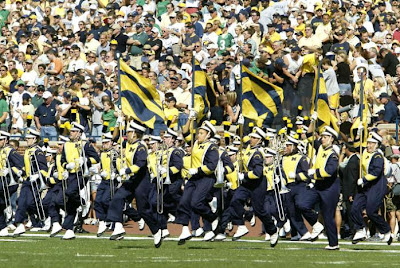 Although the University of Michigan Wolverines are set to have another disastrous Football season, and stand virtually no chance of beating their hated enemy, the Ohio State Buckeyes in November, today is opening day of the season. And by tradition, as an alumni, I play a video of the greatest opening of any football game, the Michigan Marching Band entering the stadium and playing their famous  fight song, The Victors.

Michigan stadium is once again the largest stadium in the United States -- seating over 109,000 after its expansion completed this summer. 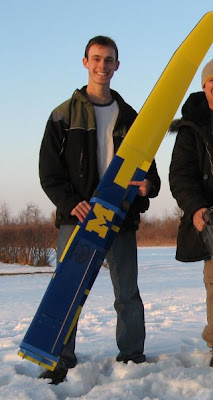 Check out the drum major Cody Martin (above)  -- I love the way he drops to the ground.