You Tube: Celestial Elf's Interview with a Vampire 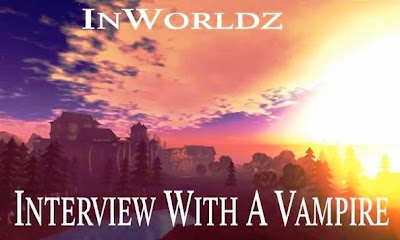 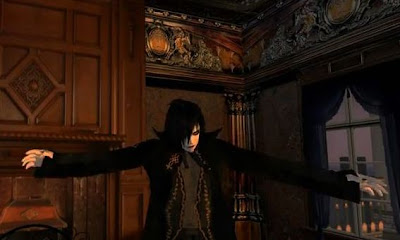 Here is what he writes:


InWorldz Interview with a Vampire;


Featuring the enigmatic Vampire Duc Rene de'Renardeau, in which the Vampire recounts his trials and tribulations of nearly 200 years existence to the investigative journalist & writer Boz Barrett Browning.
Boz who later went on to fame with his literary 'Sketches' of Victorian life, ommited any reference to this suprenatural encounter in his later published works.


Boz finds Duc de'Renardeau rising from his day-sleep, in the Victorian town on Major Island.
Duc Rene recounts his life as a 17th Century nobleman of the Noblesse Ancienne in France & explains how he became a Vampire, how he longs for his lost life and deceased friends.
Boz discovers that far from being a willful monster of darkness, the Vampire is in fact a happless victim of his cruel fate.

Grateful Thanks to Johnny Night for use of Medieval Village, as Old Europe,
& to GaiusJulius CeasarAugustus for use of the Victorian Town at Major Islan