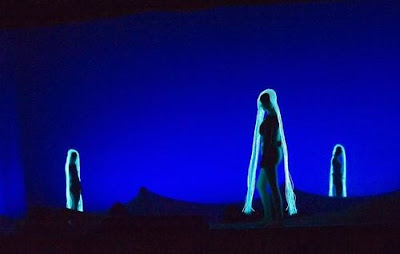 New York's Metropolitan Opera is one of the most famous cultural institution in the world, and the largest opera company anywhere..  And very expensive.  Until now, a decent seat at the Opera would run over $300.00 in a non nose-bleed section.

The Met has a program, called The Met: Live in HD which brings a whole schedule of live performances to theaters in 49 countries, and in every major city in North America.  Tickets in the United States are in the $20 - $25.00 range.

On October 9, the first Opera in Richard Wagner's epic 4-part Ring Cycle, Das Rheingold (The Rhine Gold) will be broadcast live from the Met.  The production is brand new, with a bit of a Sci - Fi / fantasy feel.  I am showing some pictures.

This opera is all about giants, gods, dwarfs, and gold, greed, and envy.  This is the shortest Ring Opera and only lasts about 3  hours without a break. The music is the easiest of Wagner's to get into, and describes rivers, thunderstorms, castles, and giants and tells a story on its own, in addition to the great singling. Worth going to. 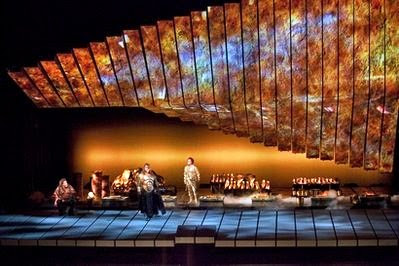 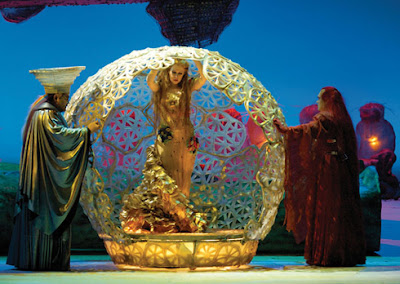 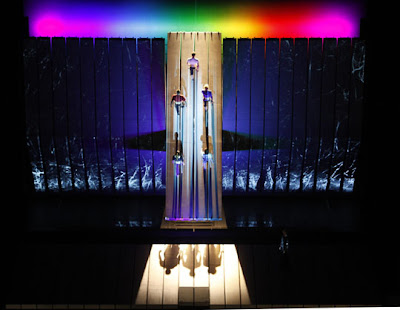