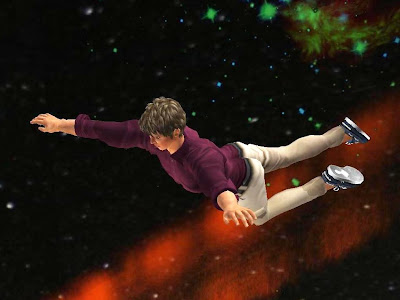 The issue of which is better -the newer virtual world of Blue Mars vs. Second Life has been coming up lately.

Regular readers of this blog may be asking this question after seeing the coverage I give of Blue Mars photography, and the fact that I am making so many videos there lately.

Some people feel that I am giving way too much coverage of Blue Mars here, and may even be endorsing it as an alternative to Second Life. However, this is not true.

For the record, I am going to state the following now:

First of all, I do not endorse any gaming or virtual world platform here, and if I did, who would care?  I am not Steve Jobs. I also do not get paid to write about anything here, I simply write about anything that catches my fancy, including real life things. This blog is way too "out there" anyway here for most business purposes.

Second, in the past year, under 7% of my posts have been on Blue Mars. I do not set quotas, and certain month may see more, but this is primarily  Second Life blog and will stay that way.

Third, I personally spend at least 5 times as much time in Second Life as Blue Mars.  There is more for me to do in Second Life, including spending time with Jago and my friends. Blue Mars has very limited usership compared to Second Life, it is still in Beta test, and needs to grow before it offers the same level of activities ad people there to make it possible.

Finally, where Blue Mars completely outperforms Second Life is in graphics and visualization.   It is a generation ahead of Second Life, and that is the reason why I am there.   I am blown away by Blue Mars as a visual platform. I studied design, work in web publishing, and am very visual.  In addition, I think my avatar in Blue Mars, Roger, is very realistic looking, and handsome as heck to  boot.  Second Life avatars look a bit cartoon-ish to me compared to Blue Mars ones, ad  Second Life will need to catch up to stay ultimately competitive; but has some time to do this because of all the third party development done to date.

But do I endorse it?  No.   Do I think you should visit it if you use Widows?  Yes.  The interface is very simply to use, and a look around is more than worth it.

Thanks for Reading, Eddi
Posted by Eddi Haskell at 5:54 PM