Editorial From Eddi: If a Third Party Viewer is not on this list, do not use it and violate TOS. Phoenix and Emergence are not on the approved viewer list. as of this evening. 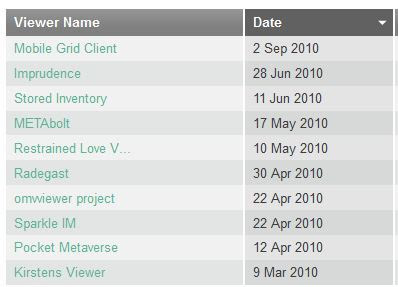 I have said this before here, and I need to repeat this since so many people have misconceptions about Linden Labs third party viewer policy.

I feel uncomfortable writing this because so many of my friends are using non approved viewers. But I see a real risk here, not only for possible TOS violations, but for the potential for mischief by some people developing these viewers without tight Linden vetting.

So here is what I recommend. Please note if you disagree, that's cool.  I do not think I am always right -- please leave a comment here, and I will run them as long as they do not attack anyone per my blog's policy.

2.  If you are using another viewer, and it is not on this list, you are in violation of Linden Labs third party viewer policy. Here is what the policy says:

Linden Labs needs to make sure viewers do not contain malicious code as Emerald did before it was banned. They also need to make sure that the people working on the viewers will not sacrifice your privacy.   This vetting process must occur before a viewer can be called "approved".

3. Linden Labs does not play games with TOS.  Way back in 2007, I purchased a huge amount of Lindens on Ebay to buy a sim (they cost allot more back then). I did not know Linden Labs forbid this practice the prior week.  Linden Labs found out about it and suspended my account. They probably would have terminated it, but I immediately got on the phone with my contacts at Linden Labs who were able to help me.  If it were not for them, I doubt they would have let me back in so quickly.

4. Viewers are now a very sensitive issue for Linden Labs. I believe that Emerald caused the biggest crises for Linden Labs inworld (the layoffs of course were bigger news) since gambling was eliminated in the summer of 2007. The reason is liability.

So here is my advice:  Play safe; if a viewer is not on the list, DON'T USE IT. If it is a new viewer, wait until they go through the process of applying for Linden certification first.

Thanks for listening, Eddi 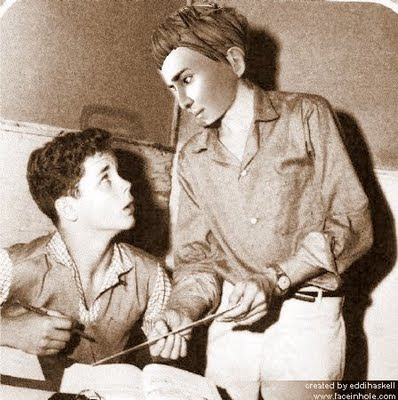 Eddi tries to explains to clueless Wally for the third time the  rationale for using a Linden Labs approved viewer. Poor Wally!  Even the Beaver gets it!
Posted by Eddi Haskell at 2:07 AM