Editorial from Eddi About Postings in This Blog 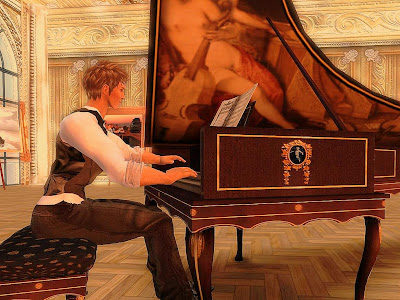 I have been waiting to get something off my chest for a while. It is about negative comments that occasionally come into this blog about named individuals in Second Life, including myself.  These comments never run -- I intercept them before they are published.

I want to restate the number 1 rule about this blog--  this blog does not attack others or run comments that do so.  Period.  No ifs, ands, or buts.

Someone who I have known for a very long time  insisted that I run a warning about a certain individual in Second Life here. I adamantly refused. When asked if this is because something did not happen to me, I replied that I will not run anything negative about anyone by name even if it did involve me!  The last thing my readers need to read are complaints about others.

I have seen the poisonous effect that blog attacks have on the Second Life environment when they mention individuals in a certain way, and I refuse to do that.

Another poster expressed his infuriation that I had photographed someone who he considers evil, and insulted me in a comment. I do not claim to know everyone who I photograph here, and I am not getting involved in personal drama like that.  There is no possible way I can know everything about the 400-plus people I have photographed this year, and even if I did, I would not get involved in the matter.

Someone else joked about someone acting as if they have Alzheimers.   I did not run this comment.  Any reference to such things, even if said humorously, can be very hurtful to people, especially if they have relatives who suffer from the condition.  Unless a comment is kept nice, I will not run it. Period.

Now, another thing about this blog.  This blog uses humor heavily, and in fact, can be quite sarcastic. But it is never used to attack anyone in particular.  And I have another surprise for people who take everything they see literally. The questions asked in "Ask Eddi" frequently come from people who know me who try to get a rise out me, or are even written by me in response of a question asked inworld!

One person in particular (I am not making this up) even took offense to the recent "woman with a past" question because she thought I was insulting the asker and woman in general.  The asker was laughing her head off when she saw my response!  If you read this blog as serious commentary, please do not --- this is a place for me to have fun.

So please keep this in mind if you see a photograph of someone you do not like or take offense to anything I am saying in general.

All the best, Eddi

Email ThisBlogThis!Share to TwitterShare to FacebookShare to Pinterest
Labels: Editorial