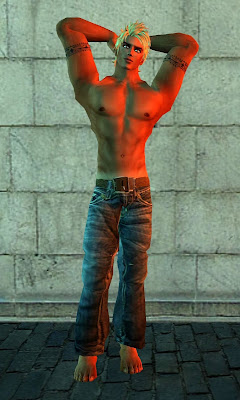 Ryce's blog was first published in October 2009 under the name "Confessions of an Airhead". Since then, Ryce has thrilled his readers with various photographs  including  X-Rated shots of himself doing what he does best -- standing around and looking vapid.

In case you are wondering if I am congratulating myself since Ryce is my alt, well, the answer is yes!  Ryce does not maintain a separate identity for himself. But since this is Second Life you can get away with just about anything!

Thanks for reading, Eddi 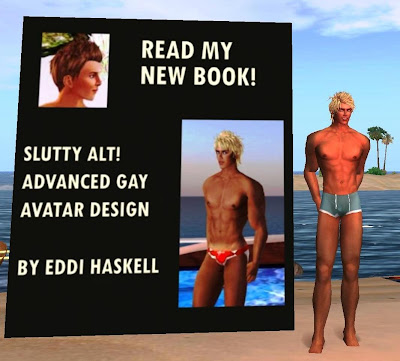 The Idea which Inspired Ryce way back in 2008  -- Advanced Gay Avatar Design
Posted by Eddi Haskell at 3:28 PM