You Tube: Marcus Steeplechase Is The California Gurl at Wigstock - by Larkworthy Antfarm 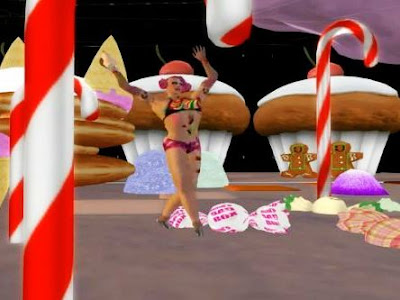 In case you missed it, here is Ironwork's Marcus Steeplechase in his amazing performance as "The California Gurl" at Wigstock earlier in August.

In his youth, Marcus admired the femme fatales of classic Russ Meyer movies, such as Supervixens and Faster Pussycat Kill! Kill!.  This is shown to a great degree in his performance.

This Machinima was made by Larkwortthy Antfarm  who ranks as one of the greatest video artists in Second Life of all time.

Here is her description of the video

California Gurls in Second Life
Marcus Steeplechase struts his stuff at "Wigstock." Cameo by Kharissa Indigo. Filmed by Larkworthy Antfarm at the Theater on the Hill in Second Life.

Email ThisBlogThis!Share to TwitterShare to FacebookShare to Pinterest
Labels: Events, You Tube