There seems to be a consensus emerging that the Emerald viewer will be reinstated shortly as an approved viewer.

I do not think it will be a matter of "putting in the right contact name".  Emerald really needs to get their act together on who exactly is controlling development over there. Too many problematic things have emerged, and we have to remember that Linden Labs has the ultimately responsibility for the viewers in which it recommends.

Until it is back on the approved list, take my advice and do not use it.  I once had a great deal of problems with Linden Labs in 2007 because I purchased Lindens on Ebay at a discount. That was against rules. I did not realize it. My account was suspended, and I had to telephone some contacts over at Linden Labs to rectify the situation.  If I were not speaking at a conference about Second Life, I would have had some major problems. 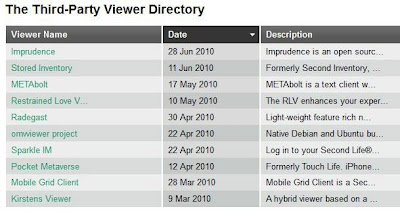