Editorial: What if New Venice, Blue Mars were in Second Life? 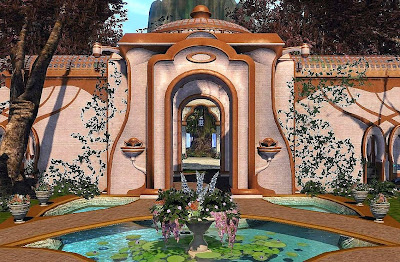 New Venice, the first major development in the new virtual world of Blue Mars, it getting ready to celebrate its first birthday this Thursday, August 26.  If you have never seen it, it is a gorgeous and remarkable virtual build imagining what a city modeled on Venice Italy might look like on a Mars transformed into a liveable planet 200 years from now. 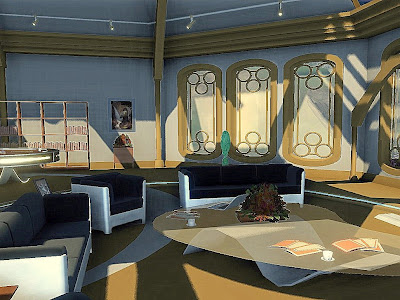 The flycam application available on New Venice is great.  You hit the f3 button and fly around the place and land where you want.  It only makes sense on a multiple sim environment and will not work on Second Life until sim border crossings are made transparent.  I urge you to join Blue Mars to see New Venice if you like high-end graphics and see what the future of Virtual World design will look like. 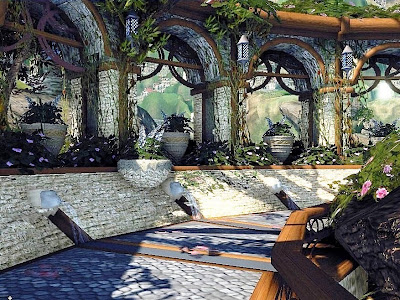 There is, quite simply, nothing in Second Life that remotely comes close to the graphics, sophistication, and frankly design style shown here on such a massive scale.  There are no sim lines to cross -  the entire build must be at least 64 sims in size. Just looking at the ebb and flow of the water  is incredible.  This is perhaps what Second Life may turn into 5 years from now.  If Second Life is a black and white television show, New Venice is color television high definition. The difference is that great. The visualization is what attracted me -- and still does to Blue Mars even though some of the newer builds do not reach its sophistication. 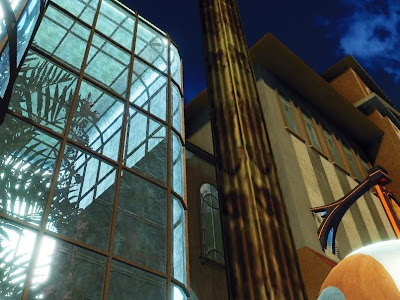 New Venice has not changed since it has been uploaded. I expected to see apartments for sale, water rides, shops - none of which are there.  The main problem facing Blue Mars is content and activities -- there are very limited right now. I am not sure if Blue Mars even can do anything about New Venice since it seems to be owned by a third party developer. 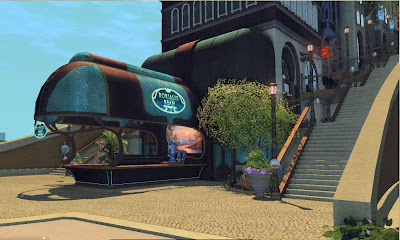 The fact that Blue Mars does not have unrestricted content development is a plus on one side -- everything is tightly controlled; there is none of the poorly designed builds and junk that plaques Second Life and makes so much of it so unattractive. On the negative side, since building and scripting are so tightly controlled, the mass store of use activity that Second Life have in designing things is missing from it.

Now I have been thinking.   What is New Venice were somehow transported to Second Life?  What if we could fly around a 64 sim city?  Much of New Venice are hillsides covered with two-dimensional illustrations of what future homes might look like, and look poor up close. 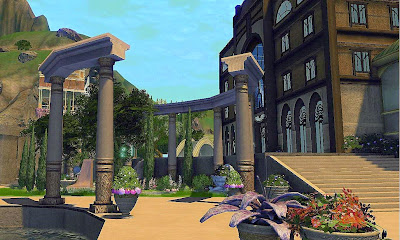 More homes and apartments were built by Linden Labs -- similar to the good job they did in 512 k starter homes.

Builders were vetted for major structures -- which have to comply to a certain design excellence.

Boats that are used have to also comply with a central design style. 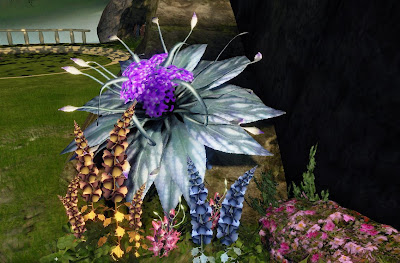 In short, what would get is a gorgeous large -scale Second Life development that people, and even real world businesses would flock to since it looks so good, and that a good Second Life builder with some design skills could proudly build towards, even though the "building police", like in the real world would enforce design to keep it looking great. I think we would have a winner on our hands.

I will have more to say about Blue Mars shortly as they celebrate their first anniversary.
Feel free to use my the photography, but please source me if you use it in a blog or publication. Thank you! 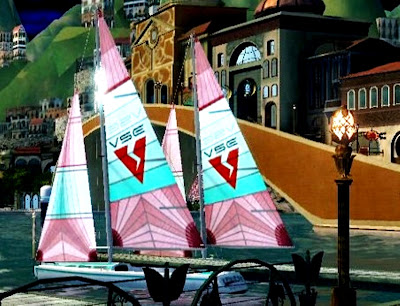