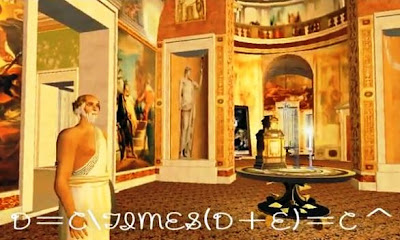 Second Life Machinima Maker Celestial Elf proves once again why he needs to be regards as one of the very best film artists currently capturing Second Life.  This is the third machinima of his I have posted in two weeks. 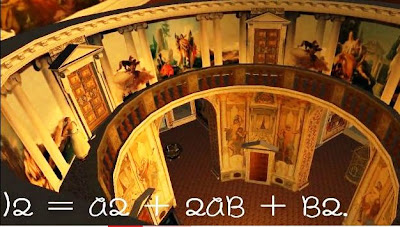 I am not sure what it is - his photography technique, sense of staging, poetry translated into video - but I will be looking out for his You Tube videos regularly, and they seem to be coming in at a rapid rate.


Here are Celectial Elf's notes on the video:

PythagorasTheorem is named after the Greek mathematician Pythagoras (569--475 BC ), who is credited with its discovery using algebraic methods to construct Pythagorean triples, according to Proklos's commentary on Euclid.

The Pythagorean theorem has attracted interest outside mathematics as a symbol of mathematical abstruseness, mystique, & intellectual power...

From before recorded history, people have danced to express joy & sorrow.
Man's earliest attempt to organize such dance is believed to have been in the Goddess temples of ancient times.
Movement of the body has also been used in many spiritual disciplines to bring about trance states for meditation and greater awareness...

In this film we find the mysterious Mathe-Magican Pythagoras in the Temple of Thought outside of time, and we witness his thought process in a visual form as The Spirit of Dance Company portray his mathematical speculations of The Hypotenuse Angles.

Such elemental discoveries as Pythagoras Theroem have enabled the modern technological world to flourish, and in this fact we may recognise that certain fudamental truths give structure to our entire Universe.

As Pythagorus, Freesky Republic.
Pythagorus outfit by Gerstly Quinnell
As The Hypotenuse Angles, The Spirit of Dance Company.