My Very First Machinima: What's for Dinner in Blue Mars? 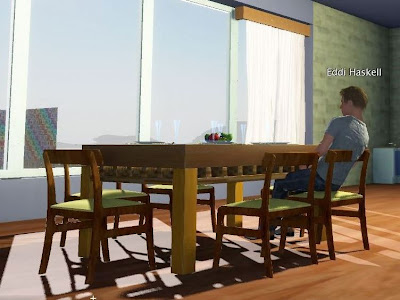 This is the very first machinima I have ever filmed.  All my other You Tube productions are really slide shows set to music.  I have been avoiding doing so because it simply has been too difficult. I did not want to go ahead and spend money on a program knowing that it might be wasted. The high-touted open source version of FRAPS, the premiere program to use from what I haven been reading called Taksi, simply would not work with my system.  I could not get it to start, which might have something to do with my system running 84-bit windows 7, or the simple fact that I am not following the inscriptions properly.

I found a very easy to use program called Debut by Australian NCH Software. It will record anything on your monitor. My guess is devotees of paid online porn really find this handy. I am using a trial version, the paid version costs $60.00.  I am sure there are more optimal programs to use.  All you have to do is open it, select the area of your monitor that you wish to record, and it records it. It could not be easier.  The sound is terrible, it is using an internal microphone and not the application sound itself, so you need to burn your own audio track. 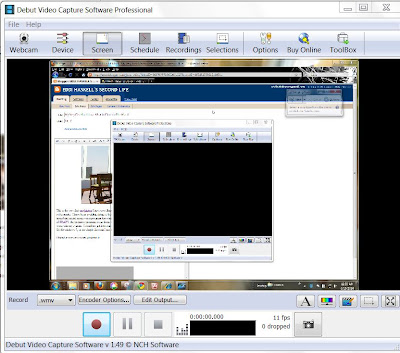 My first machinima is filed on the new Tharsis Estate region in Blue Mars. Roger, my avatar over there, is running home in a tow that looks like a 1950's Back To The Future Set (which will celebrate its 25 anniversary in July) to sit down to dinner.  It was very easy to produce.

One problem I can see happening is literally recording all sorts of junk and making boring You Tubes out of them.   I have to watch it because I have filmed enough footage for 20 film today, and I am sure they are not all cinematic masterpieces.

Email ThisBlogThis!Share to TwitterShare to FacebookShare to Pinterest
Labels: Blue Mars, Eddi Haskell on You tube