Across Sansera on Foot - A New Blog by Jago Constantine Uncovering the original Secon Life.

Second Life celebrates its seventh anniversary this week.  But let us go back in time to 2003, when Second Life was just being made open to public membership.  The original continent was Sansera, shown on this second Life  map below as continent number 1.  The original Sims of Sanserra are still there, along with many interesting old builds and structures.  Wouldn't if be great is someone were to explore this original continent on foot, in an age before teleports, to see what Second Life was like in the early days? 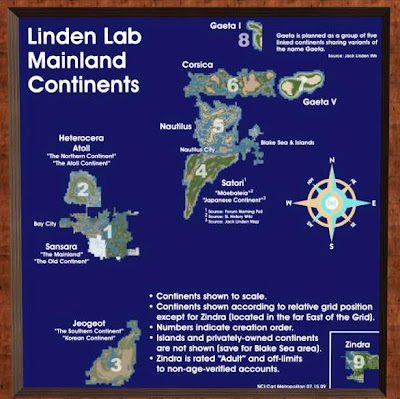 The current map of Second Life Today.
This is what Jago Constantine  is doing in his new blog Explore Sansera on Foot.  In an effort that dates back to late 2009, Jago has been exploring and photographing over 100 early Sims that have long since been forgotten by new residents. 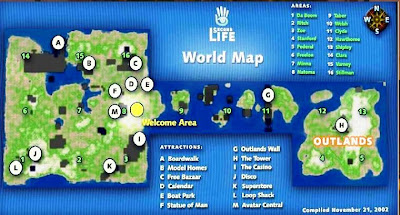 One the the earliest maps of Second Life, showing the new continent of Sansera and original  destinations and Sim names.
Take a look at Jago's blog here:  http://across-sansara.blogspot.com/ 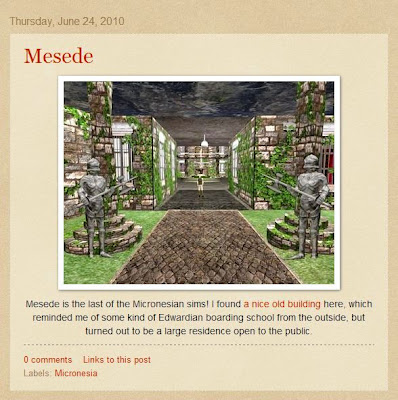 Each Sim is described and photographed. Some of the older architectural treasures are interesting and deserve a visit on their own merits.
Posted by Eddi Haskell at 5:43 AM