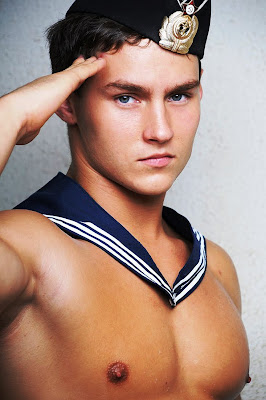 Today is Russian Victory Day. 65 years ago today, at the cost of well over 14% of her total population - or 24 million casualties, The Soviet Union - as Russia and other states around it were known then, celebrated the defeat of Nazi Germany. The United States, by comparison, with a similar population, has about 500,000 casualties in the Second World War.  It is clear that the Soviets would rather be dead than lose to the Nazis.
The Germans invaded Russia in June 1941, despite a "friendship pact" signed between the two. Although the United States and the U.K. certainly helped defeat Germany by bombing the hell out of it, it was the Russians who turned the battle starting at Stalingrad in 1942, and suffered the most losses. When the end of the war came 65 years ago, Stalin threw and immense victory parade to celebrate. 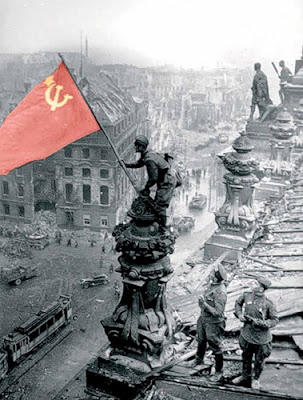 The Russians have have a military parade on this day, and the one that is being held in Red Square in Moscow today will be larger then any held in the past 25 years. The Russians have brought back what is probably the best national anthem in the world, the one they adopted in World War 2 - with new lyrics, since they are no longer communist. I am playing two versions, one in Russian, and one translated in English (by the great American singer Paul Robson) to mark the occasion- with the old lyrics of course. The English video shows shots of that first victory parade 65 million years ago.


For more shots of gorgeous Russian model Anatoli you can look here at Just Beautiful Men.