The Story of Jago, Skippy the Kangaroo, and the Boomerang 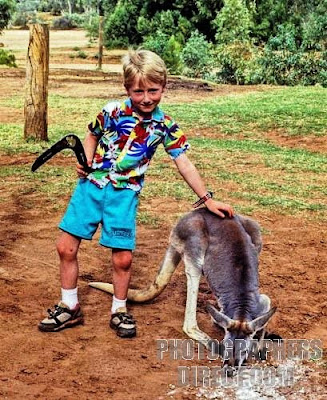 Here is another childhood picture of my partner Jago Constantine with his pet Kangaroo, Skippy. Jago grew up in a small town in the Australian Bush, and has maintained an interest in the Bush ever since. Skippy the Kangaroo was not only Jago's pet, he was his best friend too! 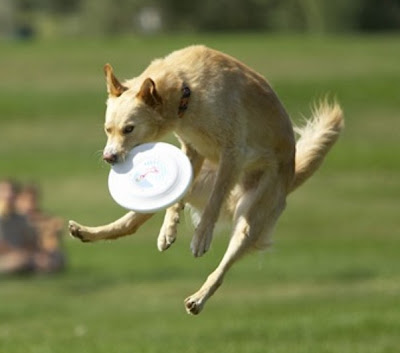 Why cant you fetch like this American dog Skippy?
One day Jago was watching television and saw an American dog chasing a frisbee.  Jago wanted to teach Skippy to do the same. Unfortunately, they do not sell frisbees in the Australian Bush country.  But Jago did find his dad's boomerang. And Jago tried to get Skippy to fetch it  In fact, Skippy did not want to do much of anything. Skippy could not understand. And one day little Jago had an idea! 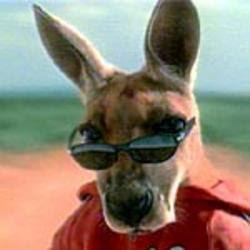 Jago's parents however had other ideas for Skippy.  They made Kangaroo sausages out of him one day and told little Jago that Skippy ran away!  Little Jago bought the story even though he found these in the refrigerator. Jago really liked sausages, and he was very happy! Poor Skippy! 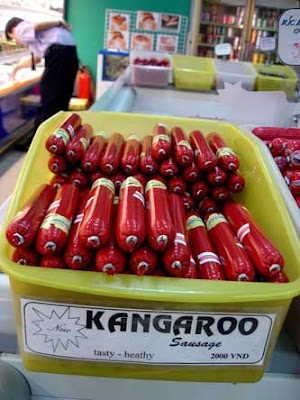 Well, little Jago cried and cried.  It was so sad!  And one day, his parents felt so bad they brought home a new kangaroo for little Jago!  He bought the story that the Kangaroo was Skippy even though the new one looked nothing like the first one! 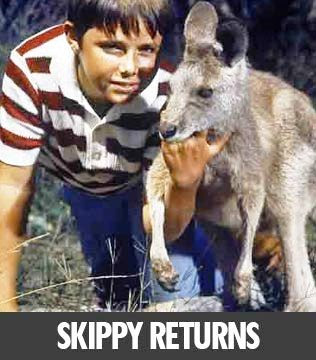 So there is Jago several years later with Skippy!  And everyone lived happily ever after!
Posted by Eddi Haskell at 2:00 PM