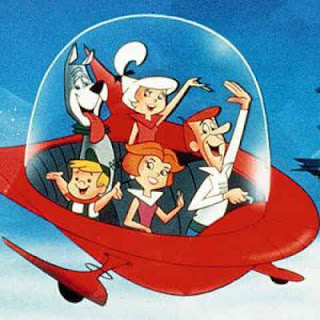 One of my favorite places to hang out these days in the new virtual world of Blue Mars is the funky-cool Gridrock City, which is constantly changing and is under development. When touring it the other day, I was thinking that the designers may have taken their inspiration from some classic 60's television shows.  I took these images in the Blue Mars night and sharpened them which explains the deep blue graphic images. 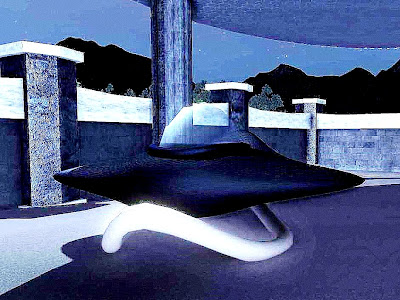 First of all, doesn't this flying car remind you of something of of the Jetsons? 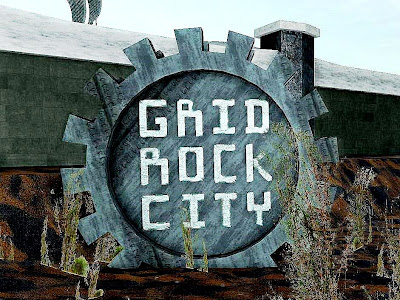 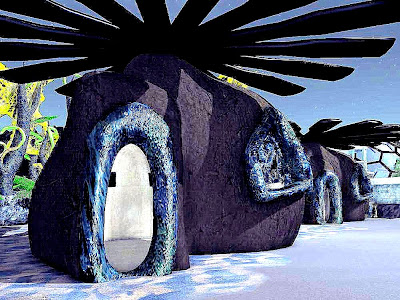 Fred and Wilma Flintsone would feel very much at home in Gridrock City.  These huts might only be big enough for a single person, or used as a pet house for their pet Dinosaur, Dino. The Flintstones will celebrate their 50th anniversary on September 30. 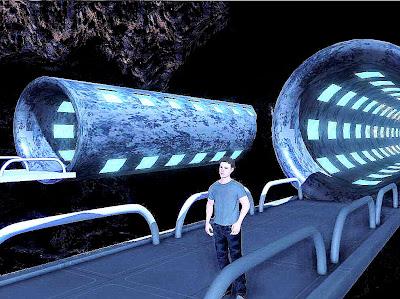 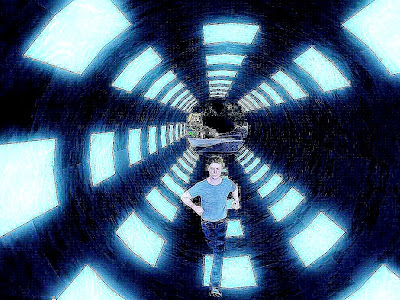 Finally, these cool moving transport devices reminded me very much of how the stars of the 1966 classic Sci Fi television series The Time Tunnel moved between years on the time dimension.  You can catch all the episodes here:  http://www.imdb.com/title/tt0060036/
Posted by Eddi Haskell at 6:28 AM