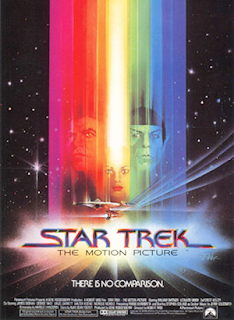 I am not an avid Trekkie (I do like the movies), but I thought i should post this since it was a major cinematic event at the time.

This movie, the first of it's genre does not seem to have been a success. I am copying this from the Wikipedia entry:

Released in North America on December 7, 1979, Star Trek: The Motion Picture received mixed reviews from critics, many of whom criticized the film for its lack of action and over-reliance on special effects. The final production cost, which ballooned to approximately $46 million, drew considerable media attention. The film earned $139 million worldwide, which fell short of studio expectations but was enough for Paramount to propose a sequel. The studio forced Roddenberry to relinquish creative control of Star Trek II: The Wrath of Khan as it blamed him for The Motion Picture's disappointing critical and commercial reception. For the DVD release of the film, Wise created a director's cut; a team remastered the audio, tightened and added scenes, and used new computer-generated effects to complete his vision.

Notice how much cooler William Shatner, who is nearing 80,  is these days.  He seems very Grecian Formula in this movie.

Here is the original Enterprise. It is hard to find footage of this movie published on YouTube that is allowed to stay up for more then a short period of time.