Aussieboys Was Packed on Saturday Night

Aussieboys was the busiest club on the grid last night.  At around 4 a.m. SL Time (which was Sunday night Australia time) the club was packed with assorted Aussies and Kiwis, Europeans, and even some Yanks dancing their hearts out and cruising each other with abandon.  Here are some photos I took: 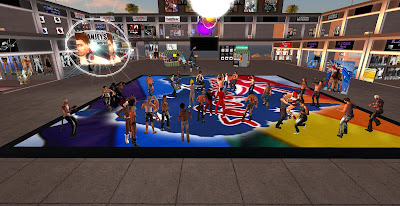 The Crowd gathered and nearly filled up the sim! 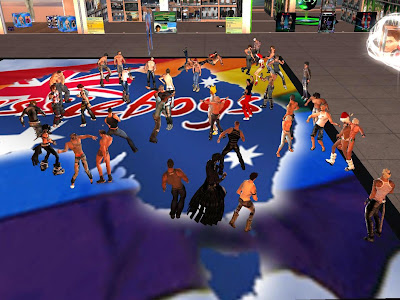 Dancing on the map of Australia 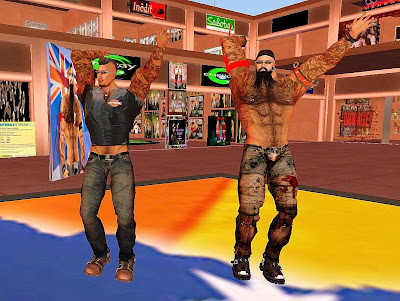 Club Manager Blake Pedalo and Owner Alexcub12 Hax have their hands in the air! 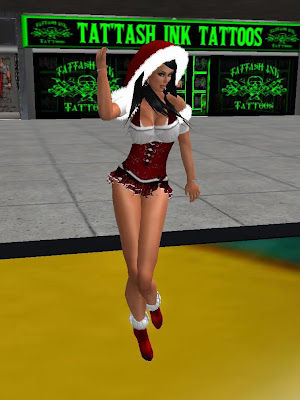 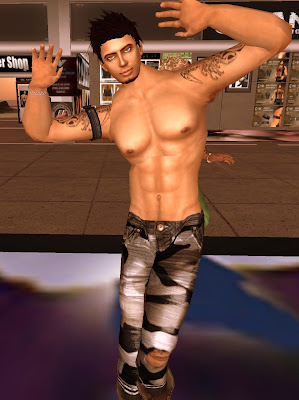 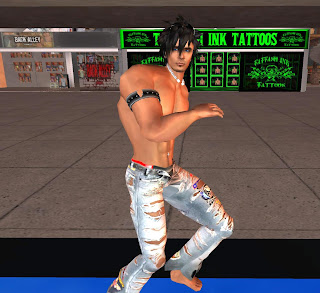 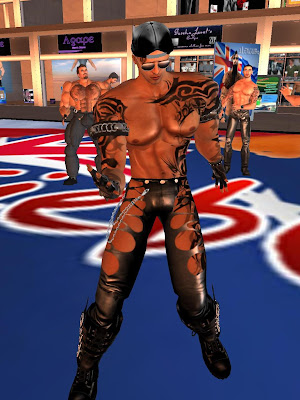 Hot Luke Mowadeng attracting the interest of the crowd 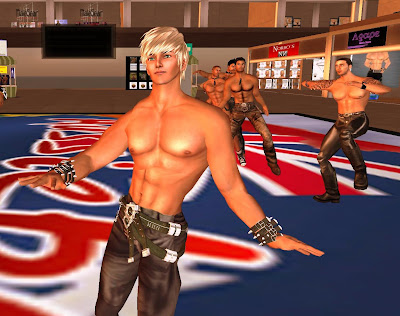 And here I am with assorted hunky shirtless guys in the background!