Albert the German Shepherd is now an official Blogger for Sarah Palin! 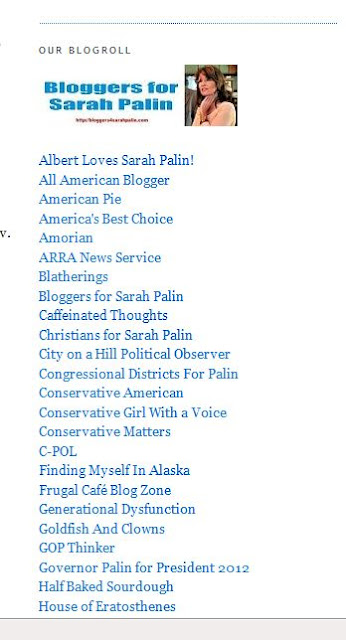 I am not making this up.

In October, I put together a blog that was ostensibly written by our VKC German Shepherd, Albert called Albert Loves Sarah Palin.  The blog is a bit of a wind-up to say the least. Anyone who knows me knows that I am NOT a Sarah Palin backer.

The reasons WHY Albert loves Sarah Palin as stated in his blog  are because:

a.  She smells like a salmon fishery after the salmon spawn and die.  Albert Loves the smell of fish.

b. Albert want a real mommy and daddy just like Lassie had, and not Jago and I as parents.  (this is not true, Albert is very attached to us).  Albert is opposed to the homosexual communist agenda!

c. Albert just was neutered, and thinks that eveyrone will have this done to them with Obamacare!

Needless to say, anyone with half a brain would spend five minutes looking at this blog and know that its a joke.

I think my mom summed it up best when she said  "Which schmuck would think that an avatar dog writes a blog for Sarah Palin?"  Well folks, welcome to Sarah Palin's America!
Posted by Eddi Haskell at 9:54 AM