70 Years Ago Today. Gone With The Wind Opens in Atlanta. 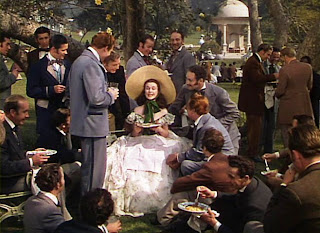 1939 was the best year for great films. The Wizard of Oz, Mr. Smith Goes to Washington, Wuthering Heights and other movies opened this year. And, most memorably, this one.

As a driven old movie buff, I will come out and say it. Gone With the Wind is the greatest film ever made. Although "rankings" of films put this as low as number 6 lately, I do not buy it- the acting, writing, editing, filming, and music are sublime and yield an amazing product. No other film has ever come close, and it is highly unlikely that another film will ever be made like it.

One thing I have never been able to figure out is the attraction of Clark Gable in this film. I think he comes across as a bit sleazy. Vivien Leigh (Scarlett O'Hara) complained about his bad breath frequently during the filming- ostensibly due to his false teeth. Perhaps Clark's decades-long affair with "Mommie Dearest" Joan Crawford left him in a bad mood for the filming. 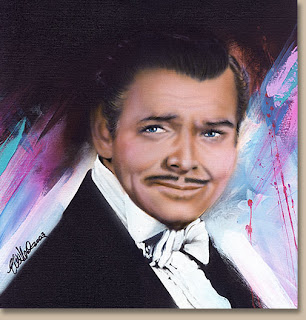 Remember to use mouthwash the next time!


Although there are many fine camp moments in this flick, this is not why you should like it. Here is my opinion is the most memorable scene from this film (well OK, don' know nothing about makin' no babies is up there too but you will have to hunt down this scene by yourself).

Just about every drink-you-under-the-table Southern Belle I have ever known has imagined herself as Scarlett O'Hara (Vivien Leigh) in the famous scene.