40 Years Ago Today: Apollo 11 Was Launched - The First Moon Landing 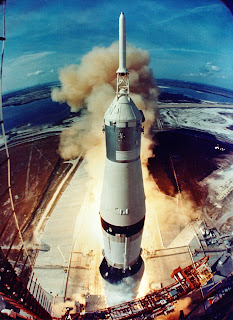 This is still the greatest engineering and scientific event of all time. Although the Berlin wall fell 20 years later, The United States won the cold war with the Russians (then the USSR) on this day. It was clear that the Russians could never catch up with American scientific, and most specifically, information technology might.

The Russians actually launched the first satellite in 1957 (Sputnik) and put the first man in orbit (Yuri Gagarin)in 1961. They seemed to have overtaken American scientific expertise in the 50's and 60's, and actually were ahead in missile and space technology. The moon mission, still unmatched, firmly established the United States and capitalism, not communism, as the world's future model. This would remain unchallenged until the current severe economic recession of 2008.

This is a long term prediction, but I think that China will put the next men on the moon by 2025, primarily for the publicity value. By this time, the Chinese economy will be closing in on the United States as the world's largest, and their socialist economic model, slowly liberalized, will be seen as the way to go for most of the world. This process is starting now. The United States does not have the money or inclination to go back to the moon now. 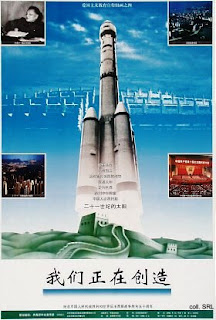 
Here is a close up look at the launch of the Saturn 5 Rocket from Cape Kennedy 40 years ago today - still an amazing site.