Robert Wagner on What's My Line 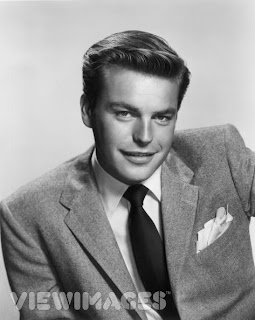 I featured Paul Newman on the classic television show What's My Line here earlier this week, and I wanted to show one of my other favorite hunks- Robert Wagner- on television in 1957. I love his Jimmy Stewart impersonation! Robert Wagner is best known for his association with Natalie Wood, but I think he is a very good actor (and handsome as hell) in his own right.

I am not going to post it here, but Ronald Reagan did a very good episode of this show if you want to search for it. He too was a heartthrob he before he became Governor of California
and President of the United States.