I Don't Think SL Will Be Banned in Australia. 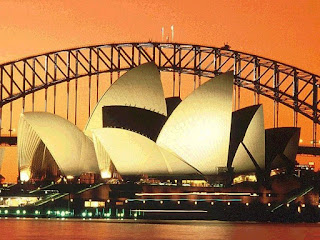 Reports today emerged that Second Life will be blocked in Australia, along with any web "game" that has adult content.

This is decision is supposedly being made under a progressive Labor party government.

As you can imagine, this news has caused me to worry a bit. A certain Mr. Jago Constantine who is at the center of my Second Life just so happens to be an Aussie. Although Jago and I would be able to work around this if it were to happen, it would make things a lot less convenient. 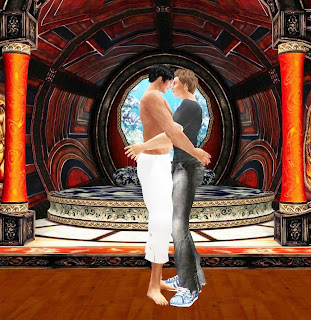 I don't believe it will happen for the following reasons. Its simple.

Although I have no great understanding of Australian politics, I do know that the progressive Labor Party is in power.

I know that the prior party in power in Australia under John Howard was not Internet friendly. Assuming that most Second Life users there vote labor (a fair assumption), that means that the 30,000 or so hard core users of Second Life in Australia who are on several hours a week (my estimate and this is a low one) will be hitting the proverbial ceiling when they see this. This will work out to be a very powerful - and very annoyed - interest group, with connections to the party in power. I do know that Aussies do not like being pushed around, and have a way of speaking up if they need to (an understatement).

I am not sure though. My nationalities (I have two) are American and British. In the United States, this form of censorship would not be allowed to happen. People would literally be going nuts and calling their congresspeople and senators immediately. Plus, the United States has very strict laws in place enforcing the freedom of expression through the Bill of Rights enshrined in the Constitution. In the U.K., censorship is more easily done by the government in charge. I hope Australia is more similar to the United States in this regard.

Again, I think I have a good gut instinct for this things -- and I am not going to worry.

Michael Jackson was an enormous talent and made hundreds of millions around the world happy through his music. I do think that he was misunderstood; and, to a large degree, the victim of zealous law enforcement entrapment. It was not easy growing up both (gay? transgendered?) as a 50 year old person of color in the United States. I love his music, feel that he did enormous good for charities he supported, and think that the world is a better place because of him. Michael, here's to you!
Posted by Eddi Haskell at 9:45 PM