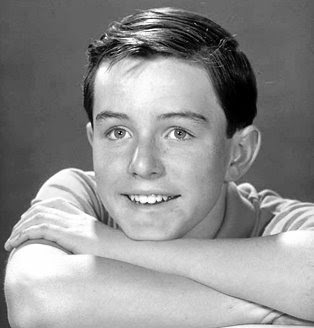 My how time flies! The Beaver turns 60 today!

Those of you who are fans of old television sitcoms might recognize the name Jerry Mathers! He was the star (well, at least HE thinks he is!) of the classic American
sitcom Leave it to Beaver. I had a bit of a role on the show (well, the real life actor did at least- Ken Osmund) as Eddie Haskell, America's most obnoxious brown-nosing teenager of all time! He was the best friend of the Beaver's hot older brother, Wally, who was played by suave actor Tony Dow.

Here are some photos of shirtless Wally and the Beaver from 50 years ago! 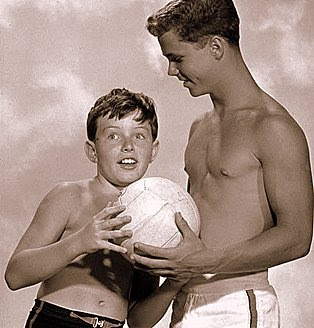 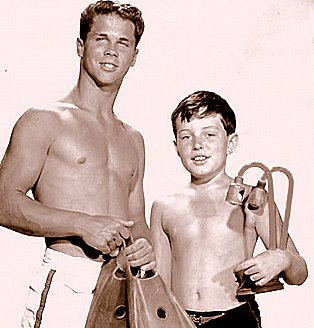 So let's all Salute the Beaver! I am providing links to the very first episode of Leave it to Beaver!

The winner of the contest is Quagmire Juran. He will be getting the two photographs that were behind the conference stage at SL's fifth anniversary! Congrats Quagmire!
Posted by Eddi Haskell at 3:10 AM