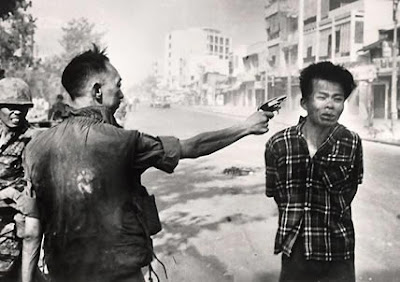 Placing an ad in next to the right edit is so important.

This tragic and upsetting is the most famous photo of the Vietnam War. It dates back to February 1, 1968. and shows South Vietnam police chief Nguyen Ngoc Loan shooting a young man, whom he suspects to be a Viet Kong soldier.

This is a true story. I once worked for an ad agency (no longer in business) that placed an ad in a photography magazine that was not paying attention to advertising layout. They ran a Pentax camera ad next to this photo. The ad had the following headline: "Sometimes The Hardest Thing To Do Is To Shoot Your Best Friend".

Needless to say, Pentax was not amused and canceled their multi-million dollar account.

I also worked at an ad agency. Leo Burnett in Chicago, that once ran a Kellogg's Sugar Smacks commercial on a news show that was produced for children. One Saturday, the news show showed a segment entitled "congress investigates cereal manufacturers for putting too much sugar in cereal - some of the Kellogg's cereals are 50% sugar by weight. And wouldn't you know it, there was the President of the Kellogg's company testifying before congress right before his own commercial! He was not that happy either! 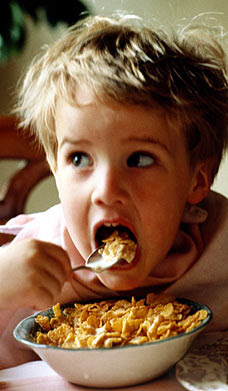 So always pay attention to where you ad falls in your online or print publication!
Posted by Eddi Haskell at 2:25 AM

Email ThisBlogThis!Share to TwitterShare to FacebookShare to Pinterest
Labels: humor