Gay Rights Achieved a Breakthrough 20 Years Ago Today - In Denmark 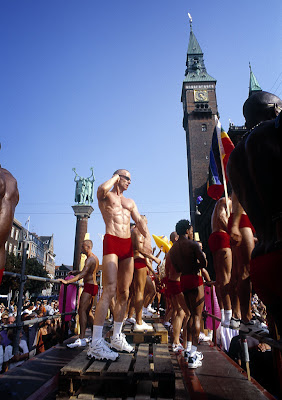 Denmark became the first country in the world to legalize same-sex unions in 1989 20 years ago today. They are now debating whether or not to turn this into full gay marriage legalization.

The California Supreme Court will vote today on whether or not Proposition 8, banning same-sex marriage, should be overturned. Although it was defeated in referendum, the argument is that a majority should not be able to vote to restrict rights to a minority. I do not think it will overturn it, but if it does, another major milestone will be achieved in gay and lesbian rights.
Posted by Eddi Haskell at 2:06 AM