Supreme Court Vacancy - Am I Psychic? 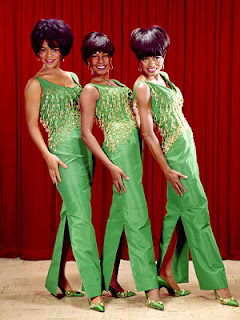 No, not those Supremes. I'm talking about the U.S. Supreme Court. One of 9 Justices, David Souter, just retired. His retirement was not expected. His replacement will be selected by President Obama and confirmed in the United States Senate.

The U.S. Supreme Court is where some of the battle of Gay Rights in the United States will be fought over the next decade. And right now, the court is too conservative. But President Obama will probably be replacing at least two more justices over the next two years, tilting the court being pro-gay (and other) civil rights in outlook. For example, the Court could rule that hate crime legislation must apply to gays, lesbian and transgender individuals (it does not now), or that the U.S. Military must change their policies and admit gay men and lesbians (somehow a tranny marine corp fighter pilot I am afraid might be too much to ask).

Just yesterday, I wrote that the decision of Senator Arlen Specter from Pennsylvania to switch parties and become a very friendly to Obama Democrat means that the Republicans now cannot block his appointment by voting en mass against Obama's selection to the Supreme Court, and Justice Souter just resigned. I feel like I have a bit of ESP now!

I promise NOT to turn this into a political gay rights blog, only an occasional post, but get ready for the week of June 28 - the 40th anniversary of the Stonewall Riots and gay pride day. This blog will celebrate gays, lesbians, and transgender people in the real world and Second Life for an entire week.
Posted by Eddi Haskell at 11:27 PM