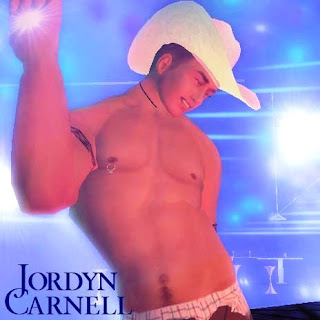 If you have not been following what JC Jordyn Carnell has been going through, its been a hard several weeks for him. First, he had his gall bladder out, in surgery, and then he managed to pick up a really bad bug which - potentially quite dangerous for him, started to make its way up to a kidney infection last week. He wrote about this in his blog MidCourt on Friday, and is posting some things.

He has not been able to come on much in the past two weeks but should be back soon.

Last word I had with JC is that he is getting better- he's on some powerful antibiotics, his fever is coming down, and he is seeing the doctor tomorrow. It does sound like hes on his way to recovery and is getting a lot of rest.

If you want to leave JC a kind word on Midcourt I am sure he would appreciate it.
Posted by Eddi Haskell at 6:21 PM